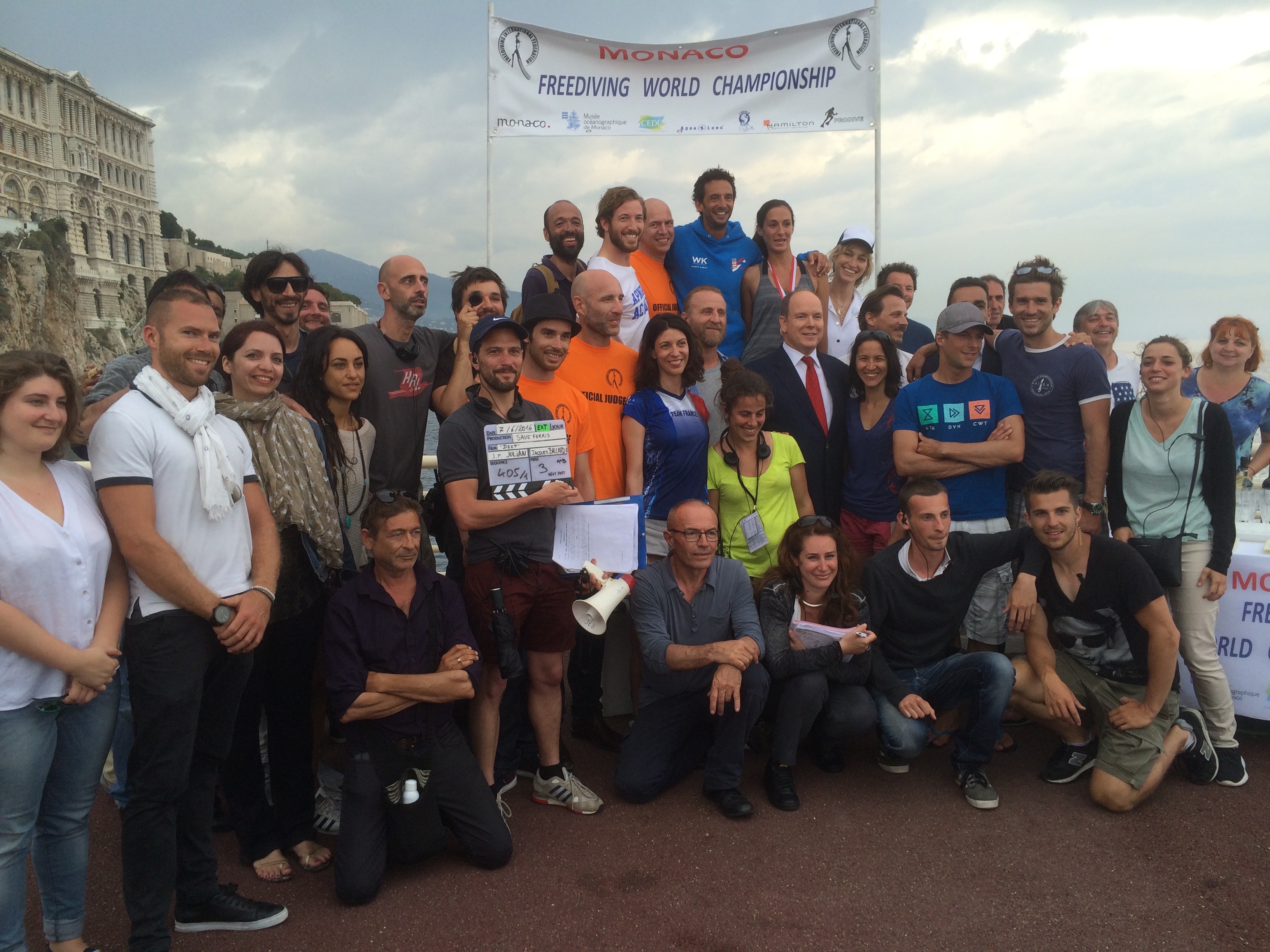 A major first in the world of freediving, since the Big Blue movie: Les Films Engloutis were thrilled to take part in the shooting of a fictional film (a 10-episode web series) centred around freediving! Guillaume made a few appearances, playing himself, in this series where a few big names were cast (Ornella Muti, Katherina Murano…). Julie was the underwater stunt double for the main female character, and she was also camerawoman for a few scenes which were shot in Virtual Reality (VR) using a 360° camera. This series was directed by Jean-François Julian (director of “La Vie sans air”, the reference documentary for freedivers), with the help of Pierre Frolla for the writing, who also has one of the main roles in the story!